On Saturday, June 1st, all flags were flying at the cairn as members of the Icelandic Memorial Society gathered to mark the 17th year for the International Trails Day hike in Markland. After a group photo the hikers began their annual walk through the old settlement. There was a fine mist in the air and a small breeze and brisk walking kept the flies at bay. They reached their first stop a few kilometres along at the log cabin on lot 3. The old apple tree, a landmark there for generations had not shown any blooms or signs of life for the past couple of years so on Trails Day a new one was brought to replace it. Wayne Scott was waiting at the cabin with a shovel, stakes and the new little tree. Everyone gathered to watch as it was carefully planted in the ground near the old one and surrounded with wire mesh to protect it from porcupines and other wildlife. The hikers then continued along the Markland Road to Harley and Bev Redden's cabin on lot 23, to enjoy a cozy fire, hot food and the unexpected special of the day. Well known story teller and eldest Society member, Henry Decker, kept everyone lingering long into the afternoon with his captivating and humorous stories of his many life experiences. This Trails Day will have been Henry's last Icelandic event and one that will be fondly remembered as a highlight by all who attended. Members present were Marshall Burgess, Katrin Thor, Julie Egilsson Battist, William Scott, Fraser Nicholson, Harley and Bev Redden, Betty Belmore, Glenda Burrows, Bonnie Price, Wayne Scott and Henry Decker.

It was reported later in the summer that a new little shoot from the old apple tree had suddenly appeared. Like the story of the settlers, this strong little shoot reminds us of the ever hopeful and determined Icelanders who lived in Markland. 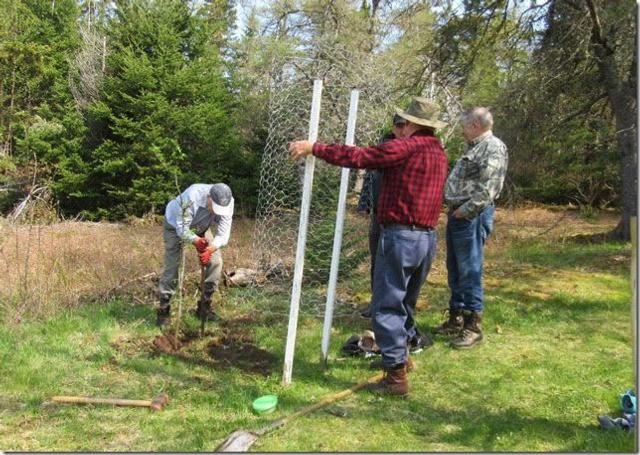 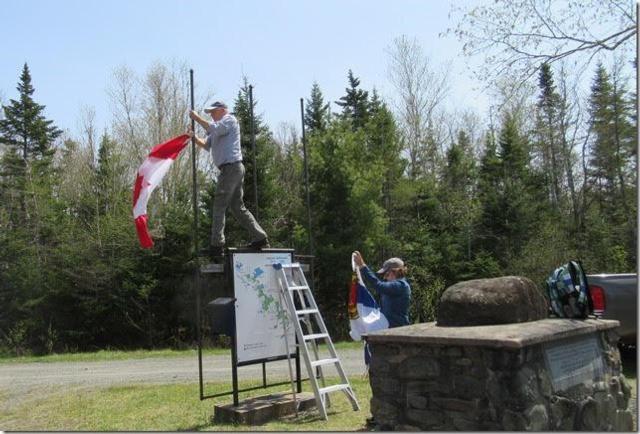 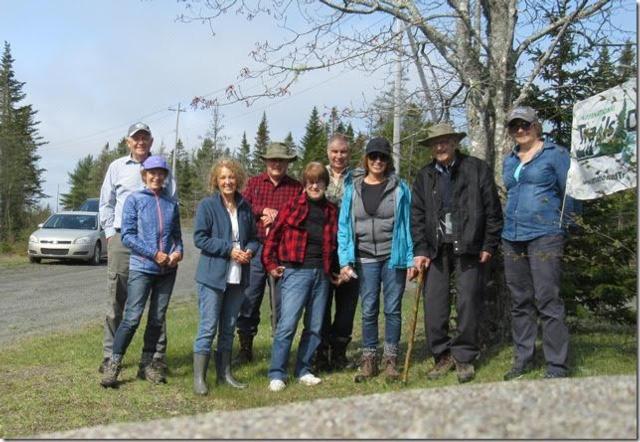