History was rewritten on Saturday, November 10, when the log cabin replica was moved from the work site in Caribou Gold Mines to its permanent home on Lot 3 in Markland. The day was bright, warm and sunny and enthusiasm ran high, as this was the day members of the Icelandic Society had been waiting for and working toward for almost 5 years. It has been one hundred and thirty seven years since the first Icelandic cabins were built in Markland and in the fall of 1875, Sigurður Jónsson's log home on this very same lot was nearing completion.

Over the past four months Society members have held work parties in Caribou. Our goal was to build the main body of the cabin before transporting it to Markland. The very first task was to decide on the best logs for the 12 x 18 foot cabin which meant choosing straight logs that were at least 19.5 to 20 feet in length for the long sides and at least 14 feet in length for the width. Marking and notching the logs was a major learning curve. We soon discovered that there is definitely a skill-set involved and we did get better with practice. We used a tool called a log scriber, which helped us to measure and mark the arc of the notch to be cut. Bonnie Price was our first notch marker and Henry Decker and Glenda Burrows finished off. Notching the logs is also a time consuming learned skill. Wayne Scott, Ken Burrows and Leonard Watson became very adept at cutting the notches with a chain saw then rounding out the notch using the log wizard, a tool that attaches to the end of the chain saw. After the first three rows of logs were lifted into place we decided to build the main structure in two sections to save our backs. With the logs notched, stacked and numbered they were ready to be transported to Markland.

The first logs off the truck were placed on the leveled site. The long wall bottom logs were notched to allow the floor joists to sit on them. The joists are made from logs and were prepared by Society member Wade Prest at his mill in Mooseland. Once the joist notches were cut and the joists placed, the stacking began. The logs for the first section were hauled and lifted into place by the work party, using chains, ropes and their combined brute strength. The logs for the top section were placed using an excavator with a thumb hook. The sidewalls are now complete and we are ready to build the end walls using horizontal stacked peeled logs. We will use three ridgepoles for the roof, one at the peak and two halfway down each side. The roof will have an approximate 6/12 pitch. Once the ridgepoles are in place, the rough roof boards will be placed on them. The boards will then be covered with ice and water shield to ensure waterproofing. The ice shield will be covered with spruce shingles, sawn with an antique shingle mill owned by one of the society members. The doorway and window openings will then be cut out and framed and rough sawn boards will be placed on the floor.

Although we still have a lot of hard work ahead, it is very rewarding to see the log structure on its permanent site in Markland. Dolly Belmore's dream is truly becoming a reality and we want to thank those dedicated and committed members who continue to give their time, energy and expertise to make this happen. Their enthusiasm, determination and good nature make it a pleasurable learning experience for all of us.

Thank you also to the many members who have generously donated to this project. Our Society is very appreciative and we will continue to update our progress. 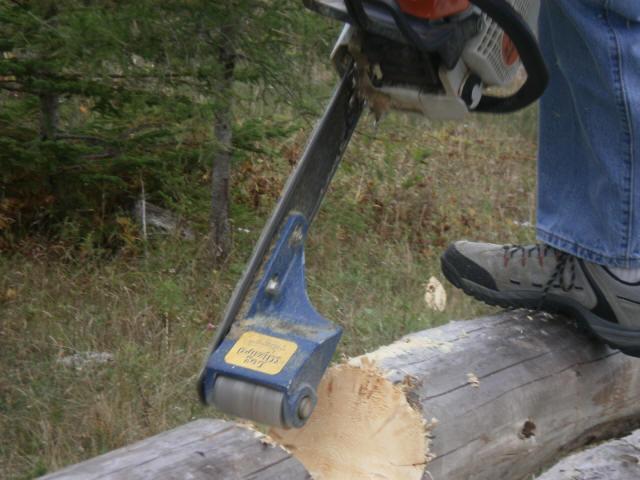 Using the log wizard to round out the notch. 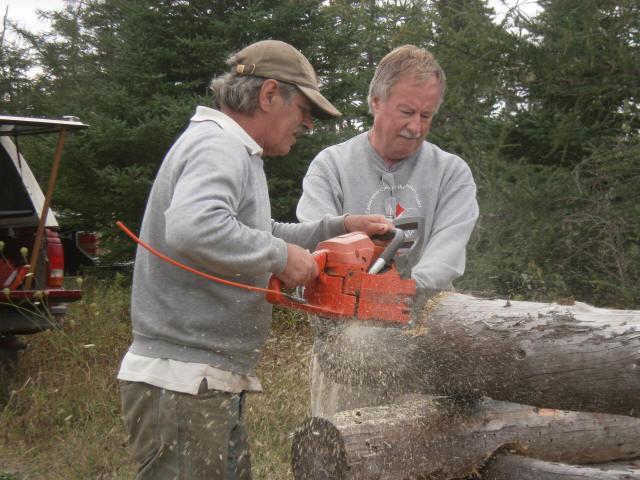 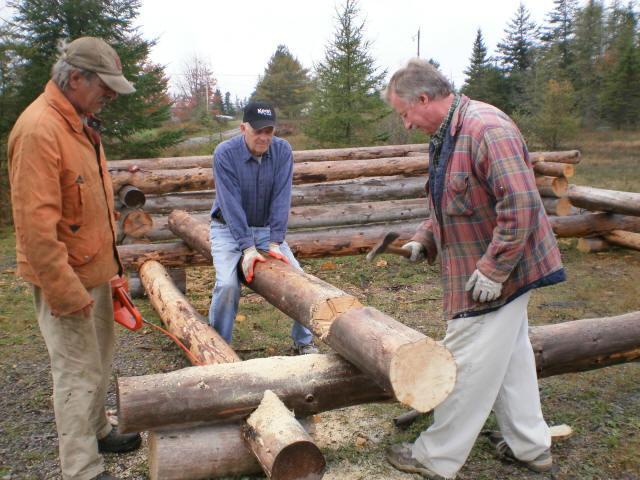 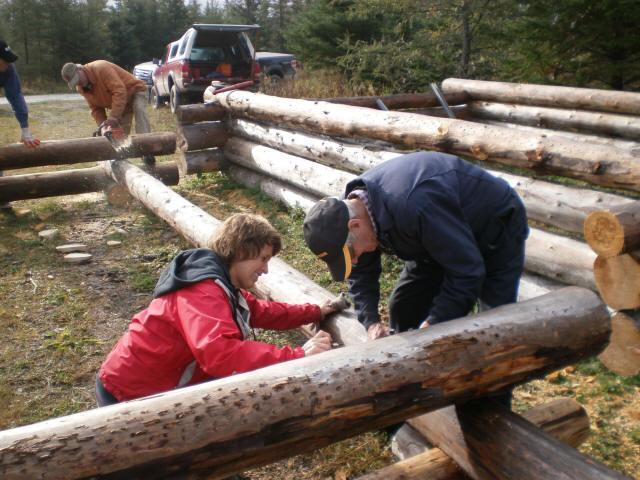 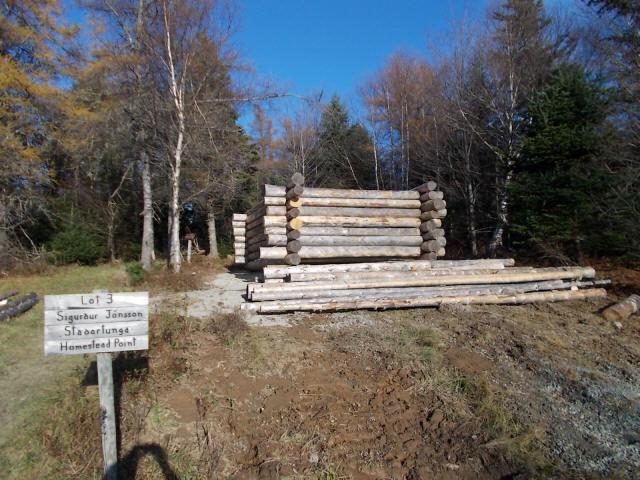 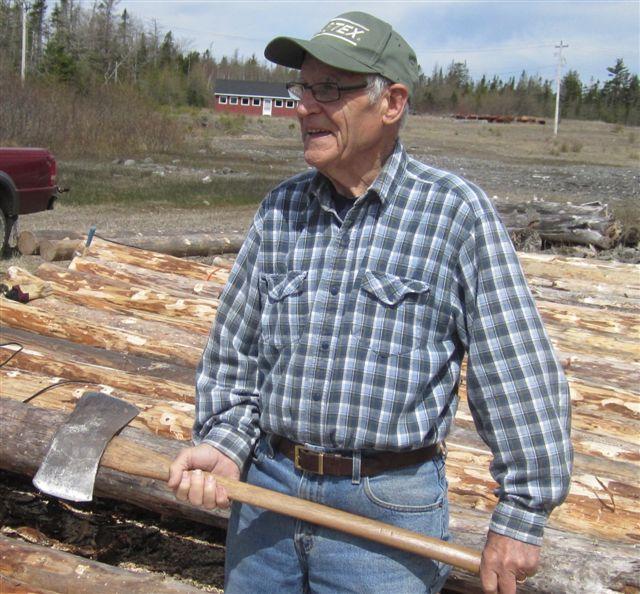 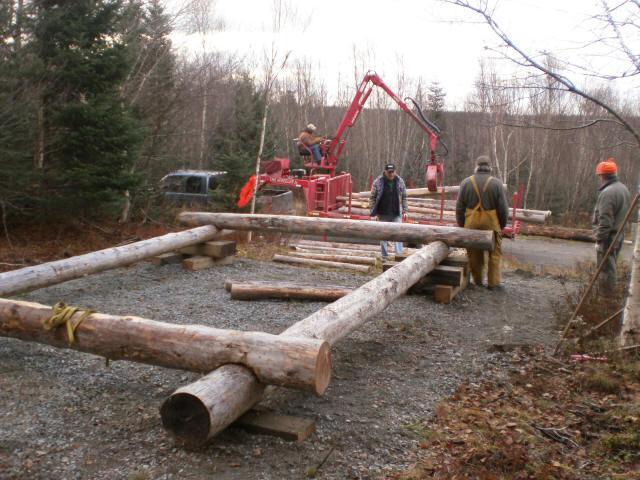 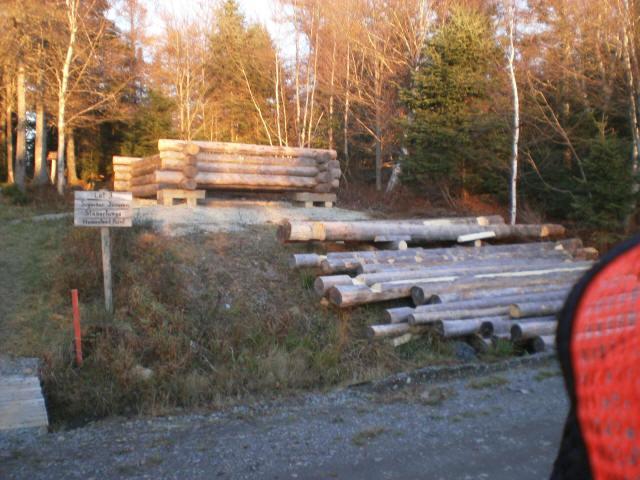 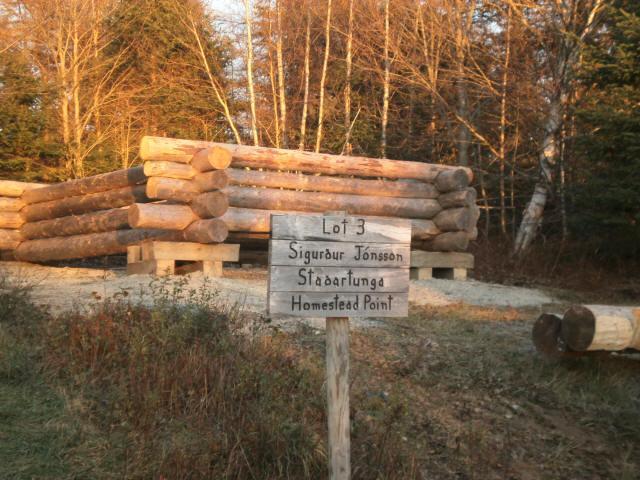 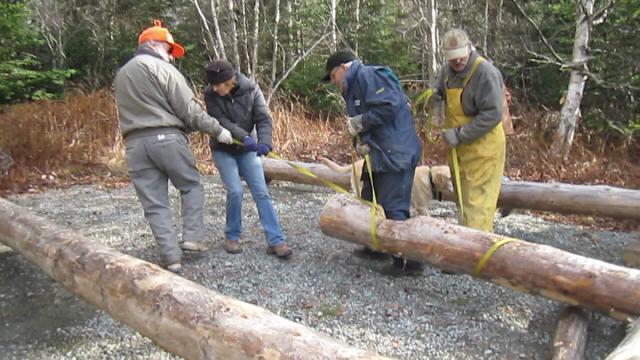 First logs were hauled and lifted into place. 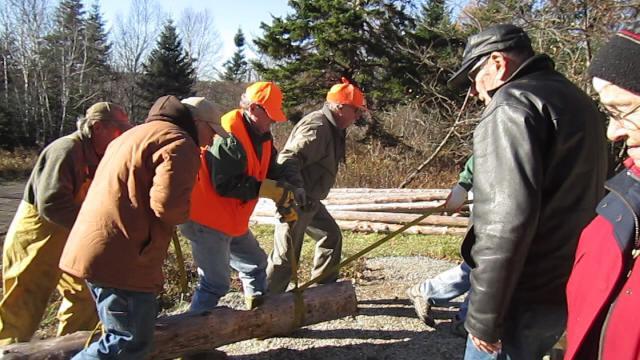 Team effort made it easier. 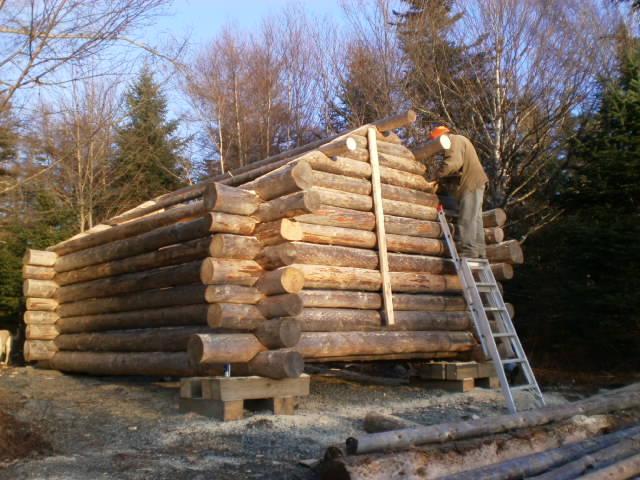 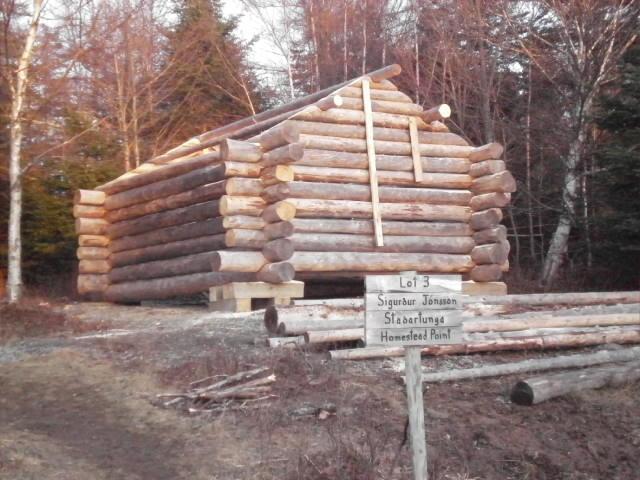 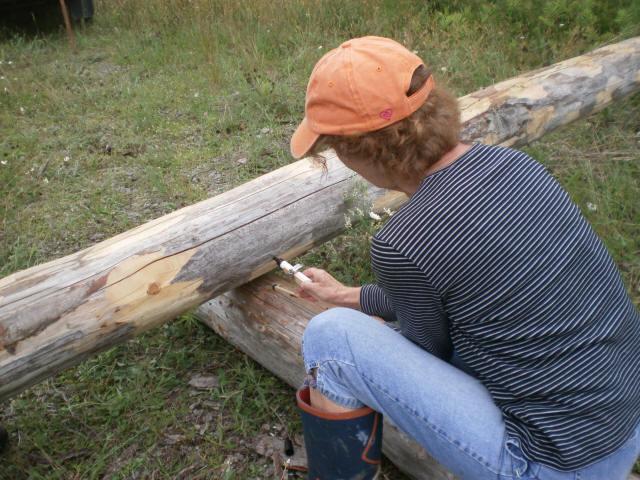 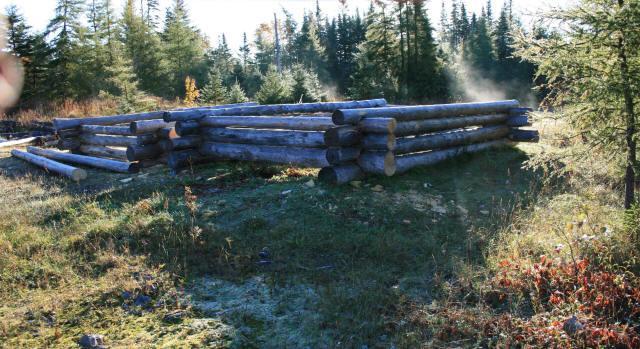 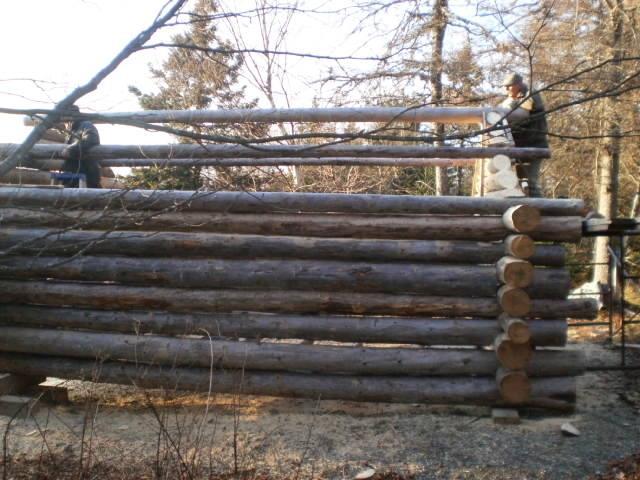